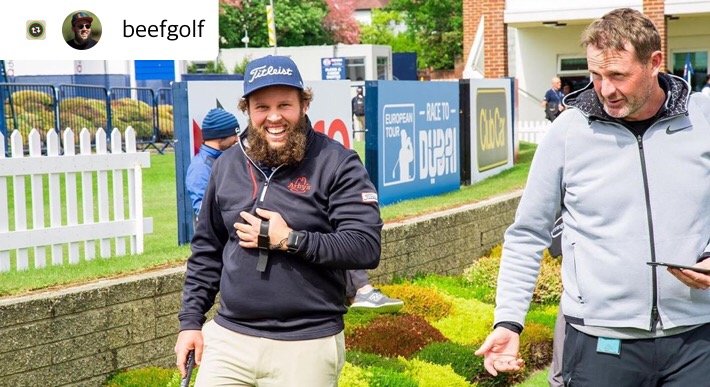 Whenever a player is hitting it good or bad you want to measure that swing and use it to compare against other swings. A number of tour players have used HackMotion wrist sensor to measure and optimize their swings, the sensor data is also valuable for everyday amateurs.

In this post we will take a look at the lead wrist motion sample PGA TOUR player’s 3iron swing (anonymous player) using Hackmotion wrist data and learn how to interpret it. If you would like to start with a basic introduction to wrist angles please follow this link.

Below you can see the data screenshot from HackMotion app, we will go through the metrics one by one. 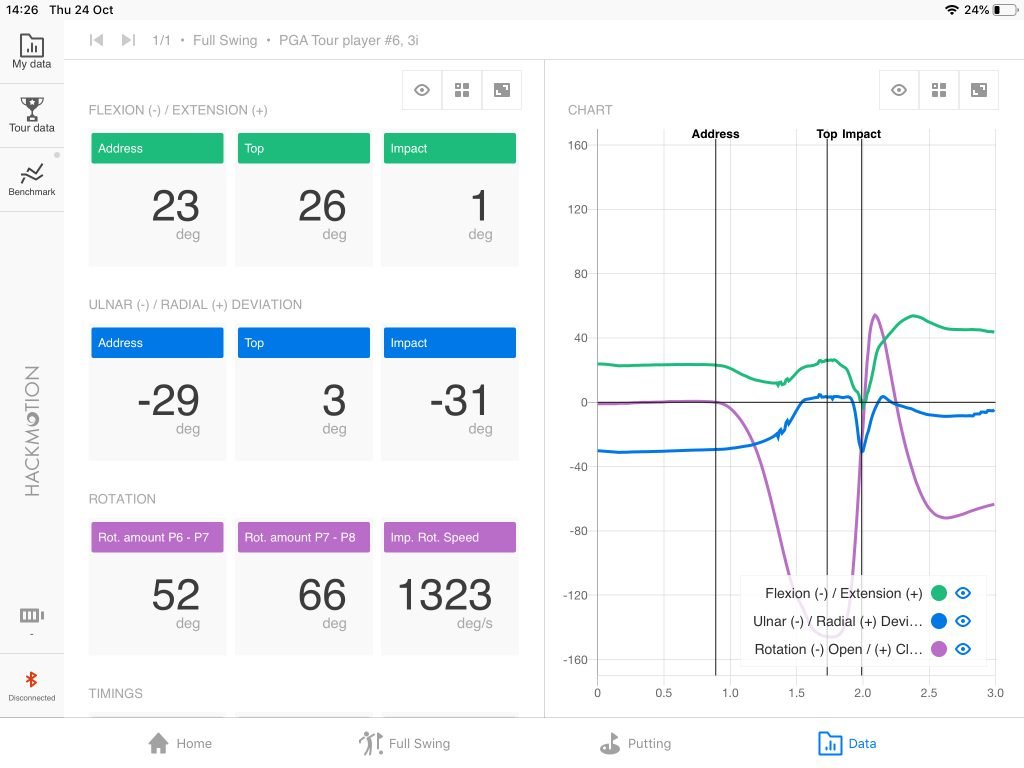 The biggest difference between amateurs and pros is the wrist extension at the top and at impact and how the player moves during transition. The tour pros are better at squaring the clubface early, by decreasing extension (bowing the lead wrist) during downswing (4). Amateur players often increase their extension and square the clubface late. 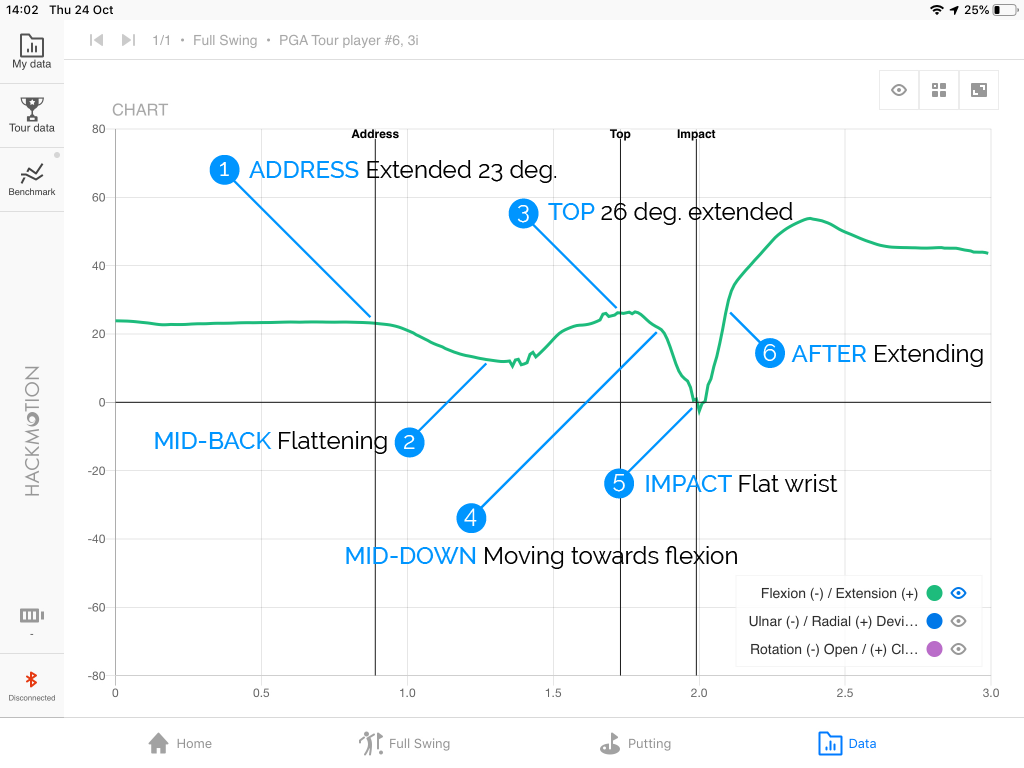 How to read the graphs and some typical ranges for tour pros
(there are different wrist motion patterns, for example, Dustin Johnson would look quite different):

Again tour players don’t all have the same “numbers”, but they do move the wrists in similar “pattern”.  Tour players on average cock their wrist (around 20-40 degrees). They do not have more wrist cock than average players, but they are much better at controlling it. 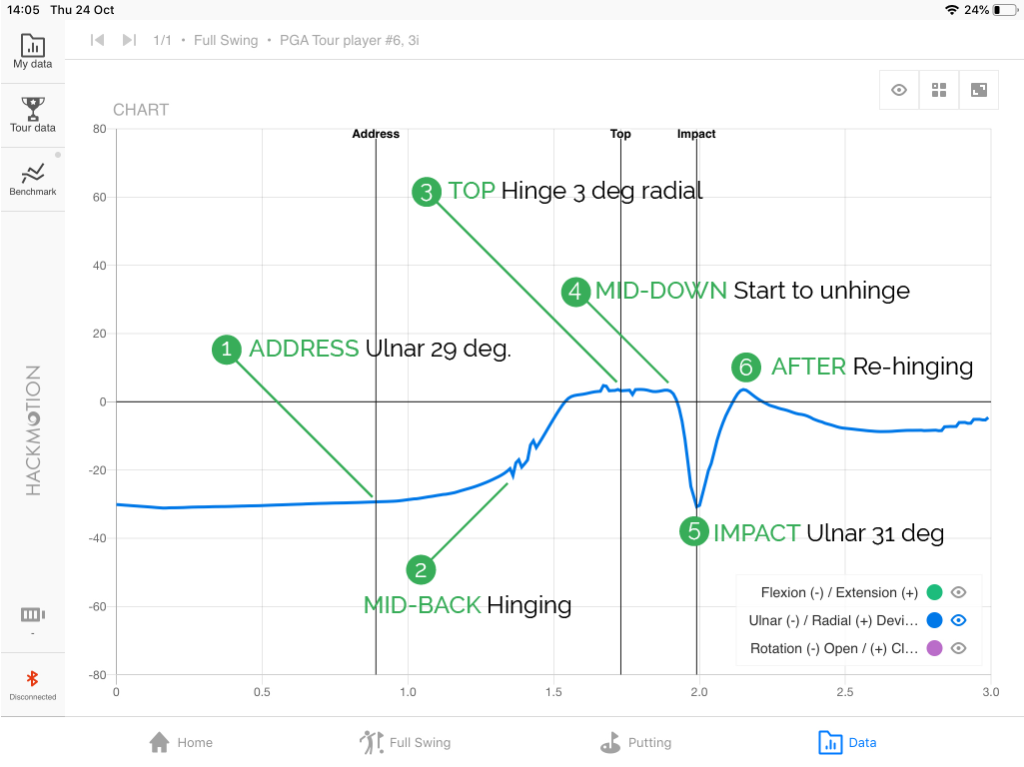 If you want to read more about how rotation is measured, take a look here. 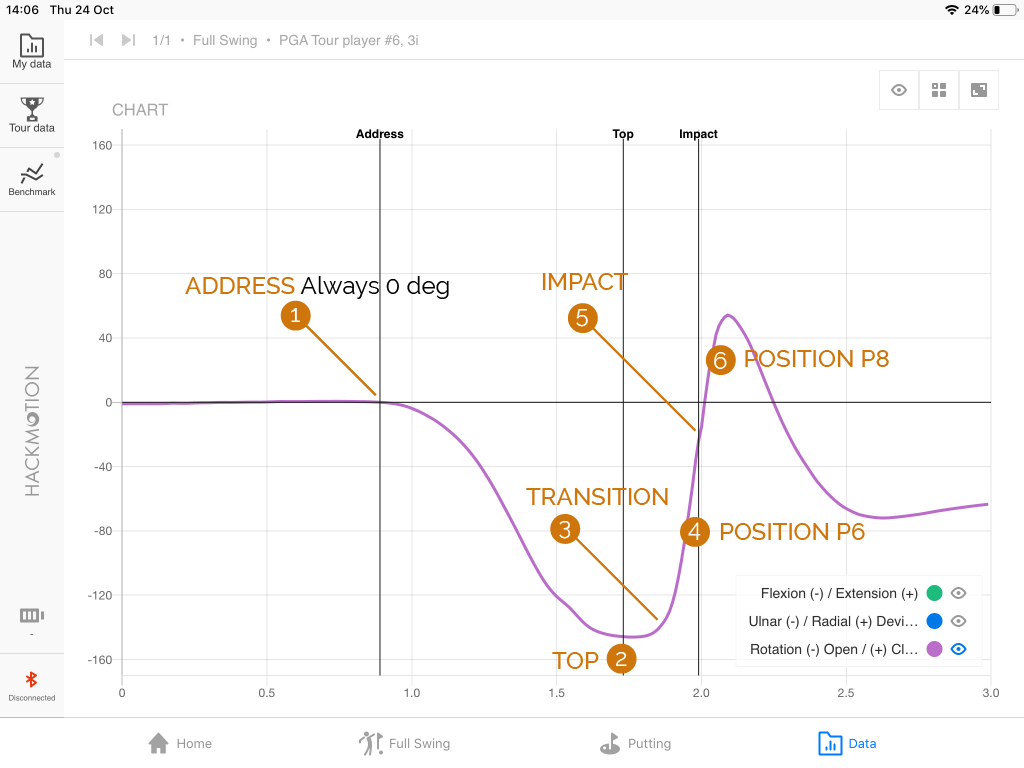 How to read the graph:

How to read tile values:

Step 1: Try HackMotion with our 30 day money back guarantee.

Step 2: Learn from our Tour player data library inside the app

Step 3: Track your progress with data