Your lead wrist is your swing’s steering wheel

There is a great article by tour instructor, Top100 teacher Dana Dahlquist. (Source: GOLF magazine November 2019 issue, link to read the whole article is below).

First, let’s get the terminology clear – what is flexion and extension. 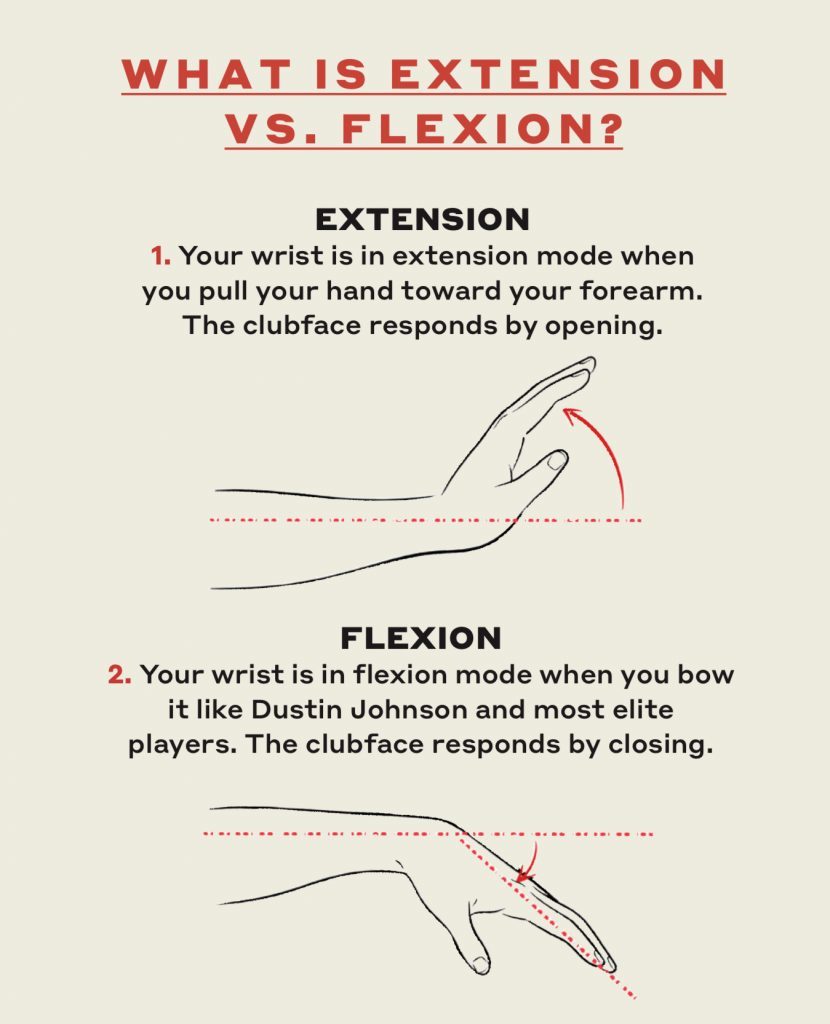 Dana Dahlquist explains the role of the lead wrist:

“An extended lead wrist forces the clubface to open, requiring you to drag, flip or roll the club to square it for impact. Weak-grip players like Jordan Spieth and Jon Rahm can do it, but to be honest, recreational golfers lack the natural gifts and sufficient practice time to make it happen.”

“Flexing it early in the downswing requires less work on the player’s part to make sure the clubface is properly closed later in the swing. In my opinion, it’s the move weekend players need to add power and put that nasty slice to bed once and for all.”

“Your lead wrist is your swing’s steering wheel, but your body remains the engine. The engine can never stall. By taking the correct grip and maintaining lead-wrist flexion deep into your downswing, all that’s left to do on your part is to rotate your body. (Stalling just may produce a hook.) It’s a powerful combination that has propelled Johnson and others to the top of the golf world. “

Here are some PGA tour player examples with lead wrist flexion during downswing:

Take a look at the picture below. In one simple chart from HackMotion sensor you can see the clear difference between amateur player and a pro. The graph view shows wrist extension/flexion (bowing/cupping) throughout the swing.

The green solid line represents a typical amateur swing. Notice how starting from the top of the backswing they typically at first increase the extension (cupping) in their lead wrist (the peak in the green line) and then sharply try to decrease it. This typically happens by players trying to add lag to their swing and not realizing that they are opening the clubface instead.

The green dotted line represents a tour player. As we clearly see the player is not increasing the extension (cupping). Instead, starting from the top he is gradually flexing (bowing) the wrist until impact. 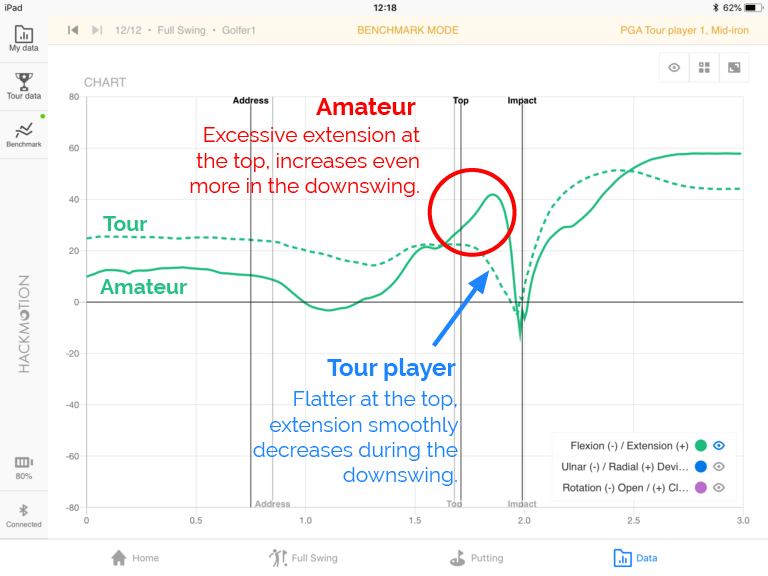 If you are interested to learn more about clubface and wrist angles we have created Hackmotion quick guide for players and coaches to understand the effect of wrist angle changes on clubface. You can read it here: https://hackmotion.com/role-of-wrist-angles-in-golf-swing/

Subscribe to receive insights and tips on wrist mechanics.
All our learnings are based on carefully analyzed pro player data, developed together with leading golf instructors.

Step 1: Try HackMotion in your own lessons (30 day money back guarantee)

Step 3: Track your progress with data 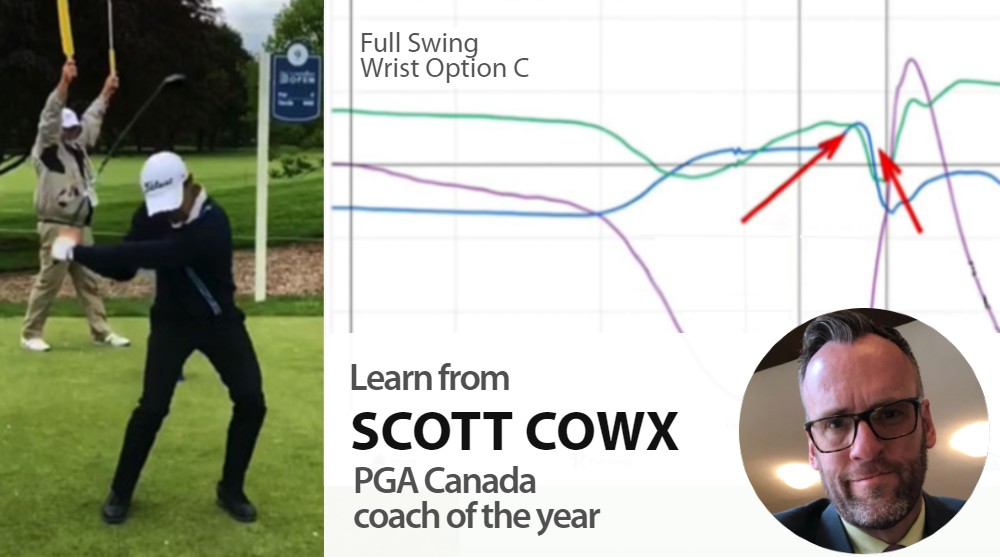