Fix Wrist Extension at the Top with HackMotion 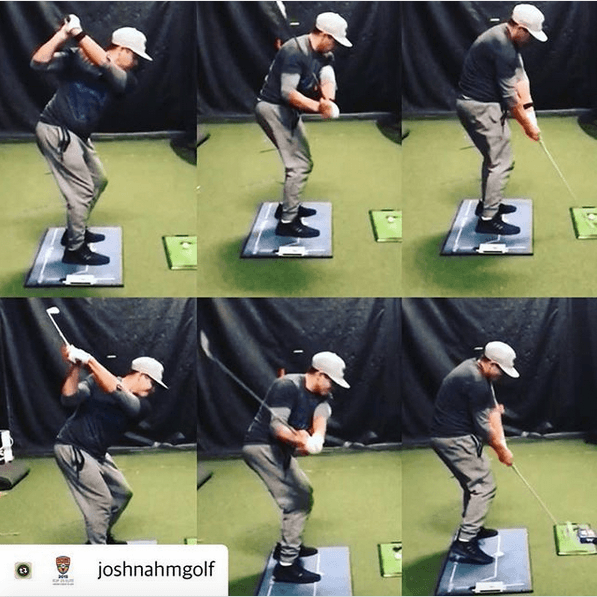 Using HackMotion wrist sensor’s data we see that pros in general are better at squaring the clubface early. In contrast, amateurs often get into too much wrist extension (cupping) at the top and square the clubface too late.

Here you can see a player who has worked with HackMotion biofeedback:

BEFORE – Excessive wrist extension at the top (cupping).

AFTER – Better wrist control, improved distance and accuracy. Path went from -7 to +2 and speed went up 6 mph with a seven iron.

Here is example of HackMotion sensor’s 3D wrist measurement. Measuring results before and after is an excellent way to track the progress made.

AFTER – the wrist at the top is flatter, now it has only 9 degrees of wrist extension. It is easier to square the clubface early.

You can set HackMotion biofeedback for any wrist angle range that you wish.

Step 2: Set the biofeedback range you want. Setting the range for 0-30 degrees of extension will give you real-time feedback sound when you are in that range. Most tour pros we measure usually are within this 0-30 degree range at the top. 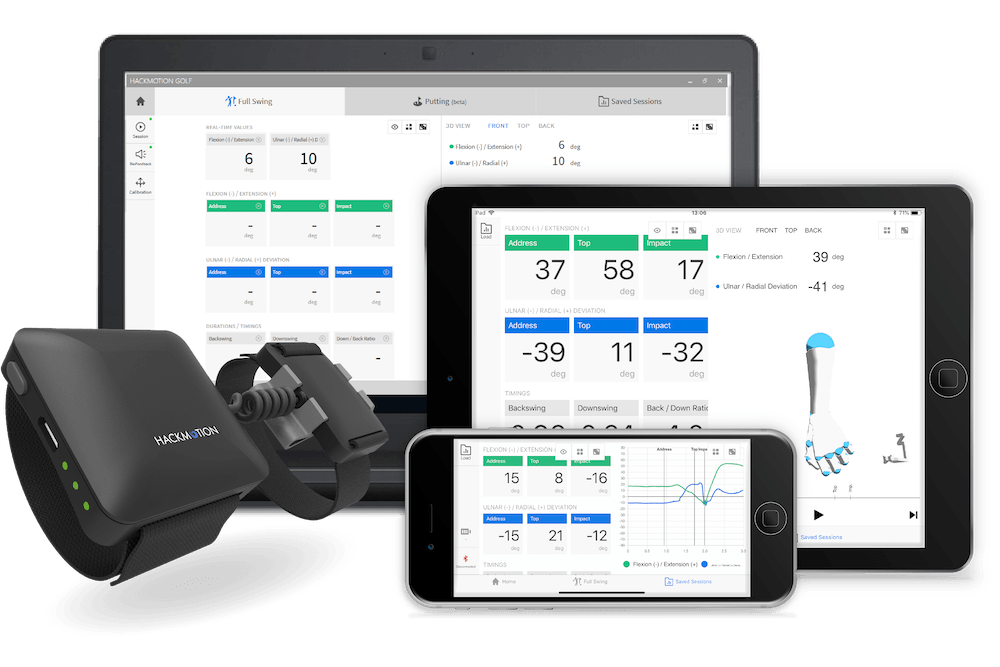