Now watch the video below to understand the 3 wrist motion patterns.

Option A – relatively stable Flexion/Extension which creates stable dynamic loft and long flatspot. This is option used by players such as Tommy Fleetwood and Thorbjorn Olesen (his 6iron wrist data is below). The speed of the clubhead is released more with wrist rotation rather than with wrist extension.

Notice how the green line (flexion/extension) changes relatively little during the swing and also post impact stays flatter than for other players. Thorbjorn still moves into flexion during the downswing and after impact slowly extends the lead wrist. 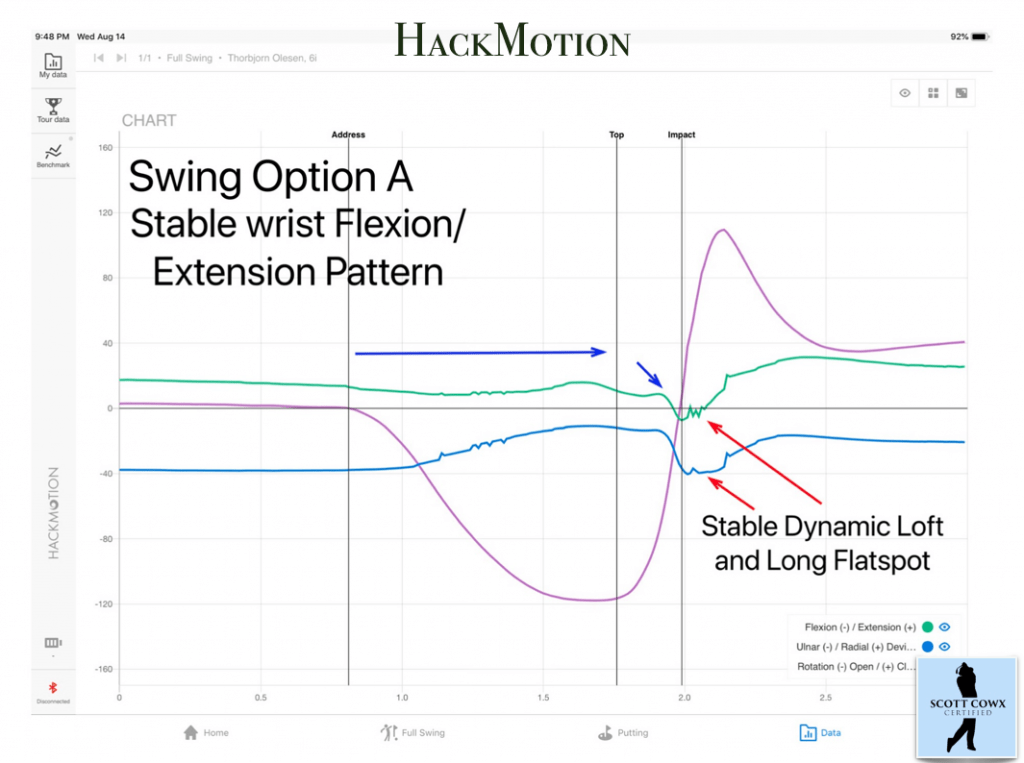 Option B – moving into flexion during backswing and then releasing club head speed through movement towards extension (can be still flexed at impact). This is pattern used by players such as Dustin Johnson and many young players are having this pattern (Viktor Hovland).

Look at the graph below. Notice how the green line (flexion/extension) moves down into flexion then stays constant during transition and starts moving towards extension before impact (though still in slight flexion at impact). The speed of the clubhead has to go somewhere and for this pattern the speed is released mostly through extension. 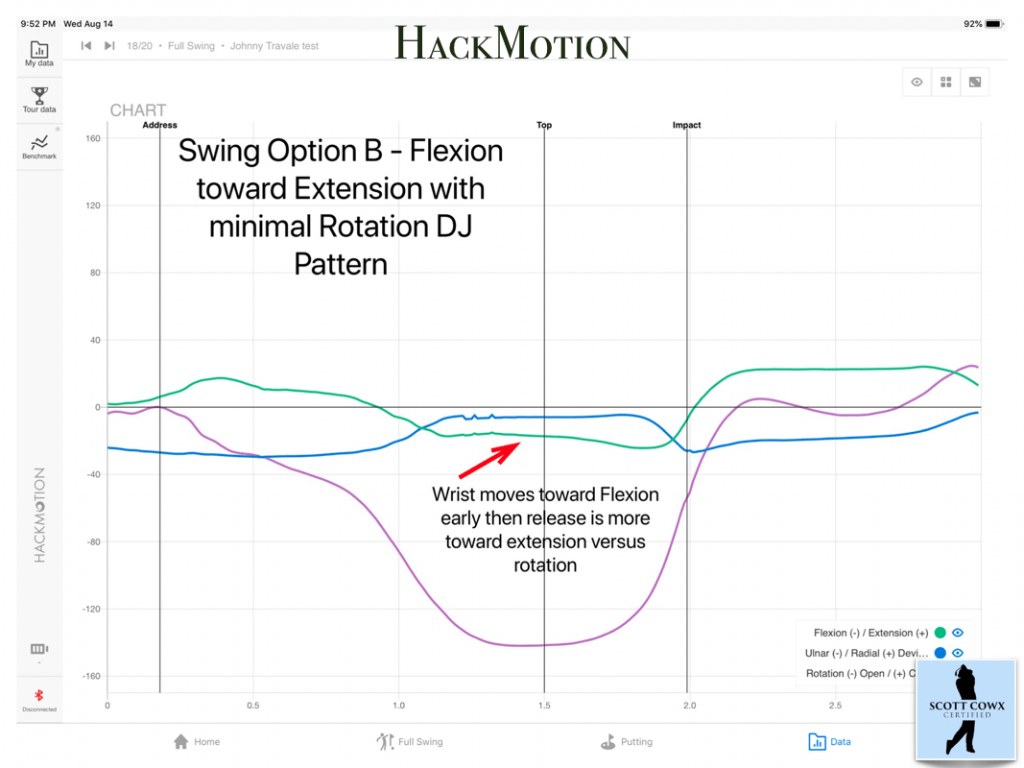 Option C – increasing radial deviation while moving towards flexion during downswing. This is option used by some longhitters who use their hands to add additional speed to their swing.  Do not mix this pattern with typical amateur faulty pattern – increasing extension a lot while adding radial deviation during downswing since this will open the clubface and make it very hard to control it and have stable ball flight. 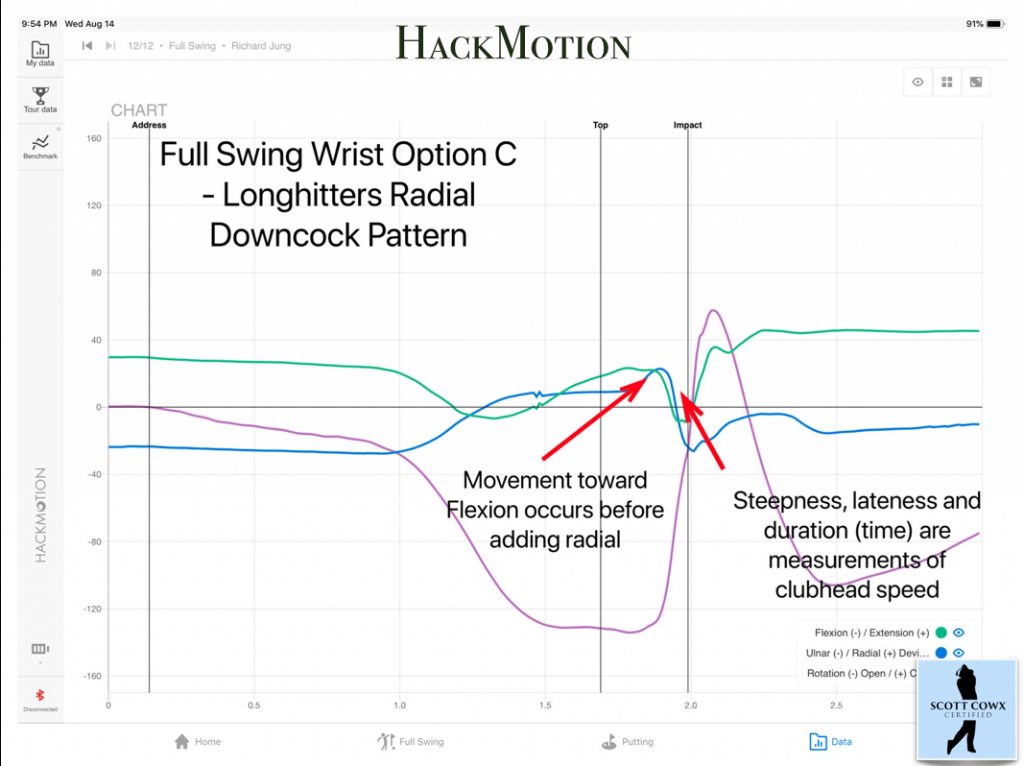 Learn more about Scott Cowx and his coaching on his website: http://scottcowxgolf.com/

GET THE LATEST TIPS & TRICKS

GET TO KNOW THE COACHING SECRETS OF TOP INSTRUCTORS! 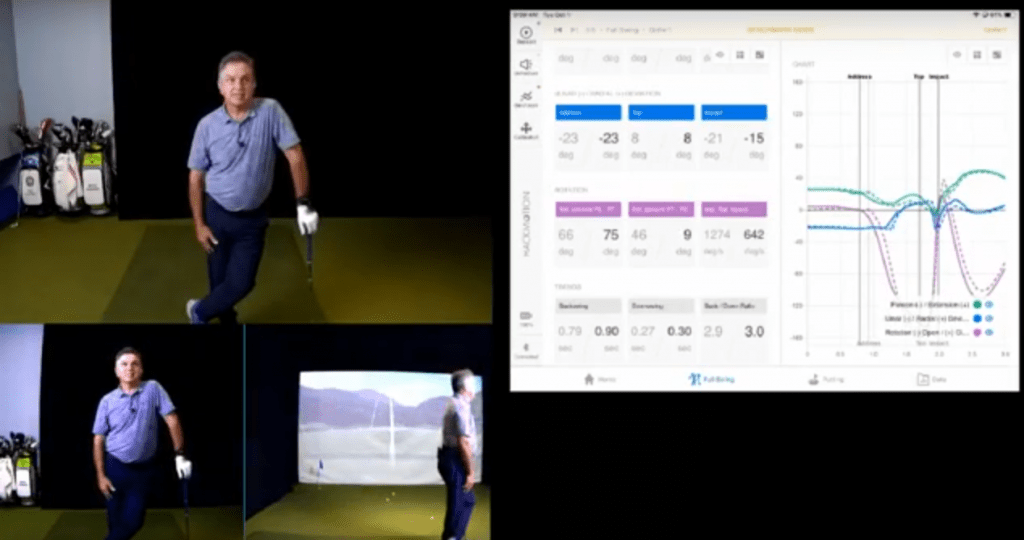 Get the LATEST tips and tricks IN GOLF

This webinar will change everything you ever thought about tech-powered coaching! Sign up via email and learn how top coaches use modern golf technology